Explore the relationships between CA100+ companies and key industry associations 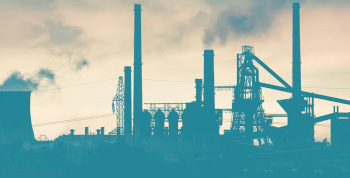 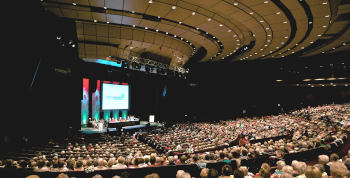 CA100+ is a voluntary investor initiative to ensure the world's largest corporate greenhouse gas emitters take necessary action on climate change, made up of 700 investors responsible for over $68 trillion in assets under management. CA100+ engagement focuses on 166 target companies that are critical to the net-zero emissions transition.

The CA100+ Investor Hub contains LobbyMap’s analysis of the CA100+ target companies and their industry associations, as well as additional resources on corporate lobbying disclosures and shareholder resolutions. From 2022, InfluenceMap's assessments on climate policy engagement will also feed directly into the CA100+ Net Zero Company Benchmark.

An overview of the LobbyMap scoring system can be found here, with the full methodology here.

If you have any questions, or would like to set up a call to discuss our analysis in more detail, please contact info@influencemap.org.

The table below contains a ranking of all 166 CA100+ target companies. The companies are ranked according to their InfluenceMap grade, with those at the top having the highest grades (signifying support for Paris-aligned climate policy), and those toward the bottom having the lowest grades (signifying opposition to Paris-aligned climate policy). Companies labelled 'n/a' are not given a grade because they have low-level engagement with climate policy and/or no strong links to industry associations currently covered by InfluenceMap's database.

Use the drop-down buttons to filter companies by sector or region, or search by name below. A summary profile and full access to the data underlying the assessments can be accessed via the links in the table.

InfluenceMap updates its assessment of companies and industry associations on a weekly basis. Our weekly lobbying updates capture how these organizations are attempting to influence live climate-related policy debates in real-time.

The full list of lobbying updates can be accessed here, or by clicking on 'See All Updates' below. Please contact joe.brooks@influencemap.org to sign up to receive these weekly alerts directly via e-mail.

On the 20th July, representatives from BP and Shell gave oral evidence at the UK Parliament's Environmental Audit Committee on ‘accelerating the transition from fossil fuels and securing energy supplies’. While BP and Shell stated general support for the energy transition, both also advocated for investments in North Sea oil and gas, arguing that domestic production is preferable for energy security in comparison to imports and that the transition will take time.

In July 26th, Japan Climate Leaders Partnership has published an opinion paper calling for development of an environment that ensures diversity of renewable options. These include development of a market environment in which electricity consumers can enjoy a variety of options to procure renewable energy economically and promptly and development of an environment that facilitates the establishment of virtual Power Purchase Agreement (PPA) schemes through 1) deregulation in order for virtual PPA not to be subjected to the Commodity futures trading law and 2) allowing direct trading by consumers for a wide range of non-fossil certificates.

In a 20th July interview with German media, President of the German Association of the Automotive Industry (VDA), Hildegard Müller, advocated for the long-term use of the internal combustion engine powered by synthetic fuels over the complete electrification of road transport in the EU, particularly for heavy-duty vehicles. She argued that the EU is missing a huge opportunity by excluding synthetic fuels as a pathway towards the decarbonization and jeopardizing the achievement of the bloc’s climate targets.

US entities engage on the Build Back Better Act

In the Q2 2022 federal lobbying disclosures for Ameren Corp and Duke Energy both utilities stated direct engagement with policymakers on the Build Back Better Act’s clean energy tax credits without disclosing any clear positions on the legislation. In the same disclosure, Duke also listed engagement activities on the “natural gas provisions” of the Build Back Better Act without providing any description of its position. In Consolidated Edison’s federal lobbying report for Q2 2022, published on July 20th, the utility stated direct engagement on the electric vehicle provisions of the Build Back Better Act without disclosing a clear position. The reports highlight the industry’s private engagement and lack of transparency on specific climate provisions of the reconciliation bill, which remains stalled in Congress.

During the Japan Business Federation (Keidanren) summer forum held on July 21st and 22nd, the chair of Hitachi requested an early restart of nuclear power plants which have been confirmed to be safe, without stating a position on the energy mix in general.

US Associations advocate for a federal climate bill

In a July 20th press release, American Clean Power Association (ACP) CEO Heather Zichal advocated for government action on climate change and urged Congress to “get back to the table and come to a consensus on clean energy provisions that our country so desperately needs.” ACP’s push for a federal climate bill follows the breakdown of Congressional negotiations on the Build Back Better and inconsistent statements from Senator Manchin.

In an opinion article published by The Hill on July 20th, Solar Energy Industries Association (SEIA) CEO Abigail Ross Hopper advocated for Congress to pass a climate package through budget reconciliation that includes tax credits for solar and clean energy. Citing research from the Rhodium Group that found the tax credits would help to address rising prices, Hopper emphasized that “if the concern is inflation, passing the reconciliation legislation is an essential part of the solution.” SEIA has continued to advocate for a federal climate bill after Senate negotiations on the reconciliation bill have broken down: on July 20th, the association Tweeted support for a climate deal and linked it to an action campaign that asked individuals to call their representatives in Congress and urge them to pass clean energy tax credits.

In a July 19th article by S&P Global regarding the stalled negotiations over the reconciliation bill, Exelon CEO Chris Crane appeared to support Congress returning to negotiations to pass a federal climate package. In the same article, a spokesperson for Public Service Enterprise Group (PSEG) similarly appeared to support Congress continuing “to look for a path forward to pass these important clean energy investments.”